TKHS Students To Perform “Once Upon A Mattress” 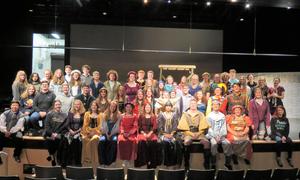 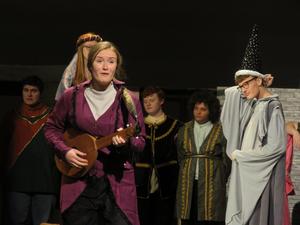 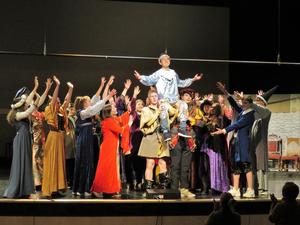 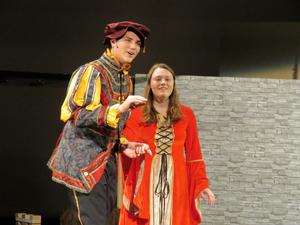 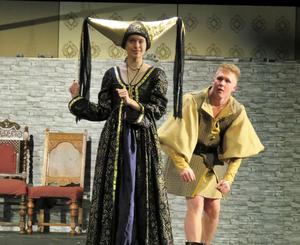 For months Thornapple Kellogg High School students have been rehearsing and preparing for their upcoming spring musical, “Once Upon a Mattress.” The show is based on the famous fairy tale “The Princess and the Pea.” Performances are at 7 p.m. March 5, 6 and 7. Tickets are $5 for students and $7 for adults.

Tickets are on sale by using this order form. Tickets may also be available at the door the night of the show.

In this story, King Sextimus (Logan Tolan), has been struck by a witch's curse and is condemned not to speak again until "the mouse devours the hawk!" Until then, Queen Aggravian (Madeline Clark) has assumed power and has decreed no one in the kingdom may wed until Prince Dauntless (Parker Stewart) is married to a true princess. The queen has tested 11 applications, but none have passed her nearly-impossible tests.

Lady Larken (Haley Bovee) and Sir Harry (Peter Verstraete) are most eager to marry so Sir Harry is determined to find a true princess returning with Princess Winifred (Annabelle Rickert) who acts very “un-princesslike.” Prince Dauntless can’t help falling in love with Princess Winifred, but the queen is not impressed and dreams up a nearly impossible test for the young princess to pass.

Come see for yourself just how this fairy tale comes to its happily-ever-after ending.

The play is directed by Laura Nikkel and Judy Roelofs-Kruisenga.