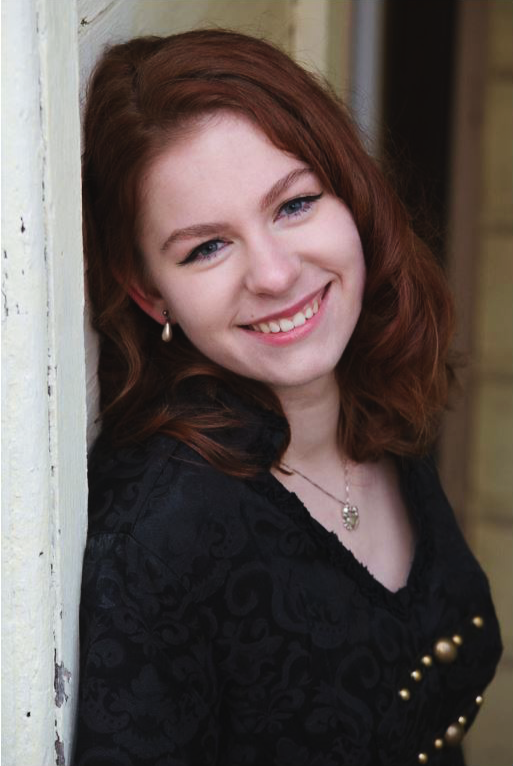 TKHS senior Grace Densham loves contests and she’s no stranger to taking on a new challenge. When she spotted a contest notification on the whiteboard in her high school English classroom earlier this year, she inquired about it. The contest wasn’t part of the work included in her class, but it caught her eye and she couldn’t pass up the opportunity.

“I asked my teacher, Mrs. Stabler, about it and she gave me all the details,” said Grace. “I thought, ‘Why not try?’”  She’s glad she did now after being named a national runner up and earning a $500 cash prize for herself, a $100 Visa gift card and a year subscription to Scholastic for her teacher.

Sponsored by the National Road Safety Foundation, the Drive 2 Life 2020 PSA Challenge asked for contestants to create a storyboard for a 30-second public service announcement reminding people of the importance of wearing seat belts. The nationwide contest was open to students in sixth through 12th grades.

One national winner was named along with two national runners up in the high school category. Out of the 1,190 contest entries, Grace was one of the runners-up with her concept "Make Time To Stay Alive."

“Honestly I forgot all about it after submitting it,” she said. “I genuinely was shocked when I got the announcement of the award.”

Being artistically talented, Grace said she drew out the storyboard concept on the required 8 1/2 –by-11 piece of paper and sent in her idea. She began brainstorming and doodling while on breaks at work and before long the storyboard was put together.

“I only had about three days to get it done so I was just trying to figure out a new and creative way to get the message across to people,” she said.

Among the prizes for the national winner would be having their PSA professionally filmed in New York and made into an announcement to air on Teen Kids News.

Grace said she wanted to make a powerful message that would make people think about what they were watching. She opted for a straight-forward, realistic approach with snippets of simple, every-day activities that take 3 seconds or less to do – things like inserting a dollar bill into a vending machine, tying shoes, petting a dog or applying lip gloss. She then shows a driver about to be involved in an accident. Viewers don’t see the impact but hear the screeching tires and the breaking glass.

“Each of those events takes 3 seconds. So does this one.” The film shows a driver putting on their seatbelt and then the message “Make Time to Stay Alive – Buckle Up.”

“People don’t really know what they’re watching until the end,” said Grace. “I wanted a simple way of making them try to figure out what everything had to do with each other.”

Grace has entered and won several contests before including creating the winning design for this year’s TK Odyssey of the Mind T-shirts. She said this national contest is by far her biggest win.

Grace, the daughter of Tim Densham and Tracy Blakeman, said she likes putting her artistic abilities to use in many ways and eventually will consider an industrial or product design major in college. Before that, she plans to take a “gap” year and a short break from studies.

Since the pandemic forced the world to change, Grace said she’s kept busy spending time with her family. She’s helping her dad create artwork for his first historical board game through his company called “Catastrophe Games.”

“I miss seeing people and talking to them from less than 6 feet away. It’s different,” she said. “But as long I’m making art, life is good.”