TKHS Students to Perform "Our Town" 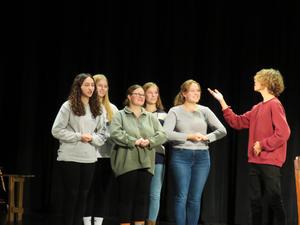 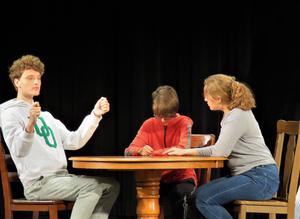 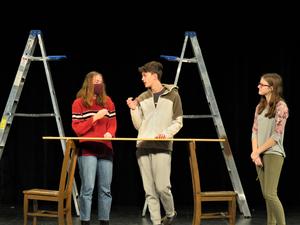 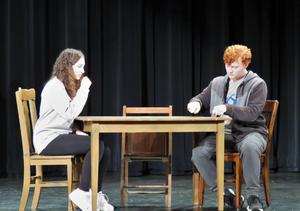 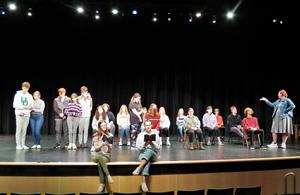 Thornapple Kellogg High School students are excited to return to the stage and present two shows of Thornton Wilder’s play, “Our Town.” Performances will be at 7 p.m., Nov. 5 and 6 in the high school auditorium.
Tickets are $5 for students and senior citizens and $7 for adults. They may be purchased at the door the night of the show or reserved in advance with the Ticket Reservation Form.
“Our Town” features a cast and crew of nearly 30 students who have been working diligently for weeks to prepare for their performances.

The play “Our Town” is a 1938 three-act play telling the story of a fictional American small town called Grover’s Corners and following the everyday lives of its citizens between 1901 and 1913.  The stage manager introduces each of the three acts:  Daily Life, Love and Marriage, and Death and Eternity.

The stage crew is led by Madeline McCrumb and Tessa Wenger with Ella McFadden on costumes and spotlights, Killian Dudley and Catherine Densham on sound and Paris Viviano on lights.

The play is directed by Tricia Rickert.