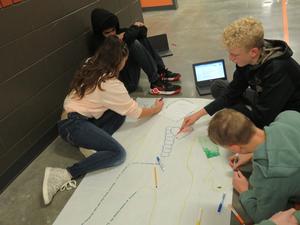 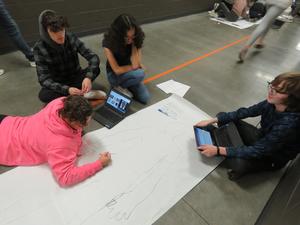 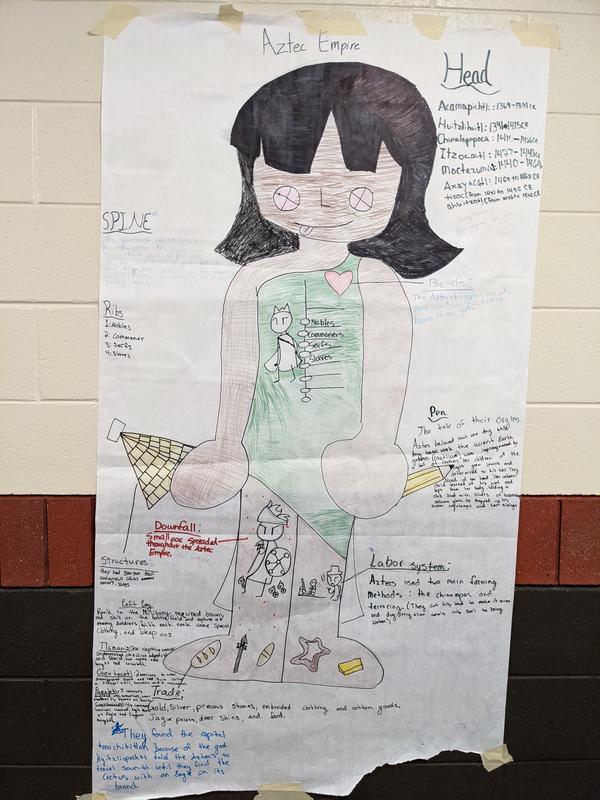 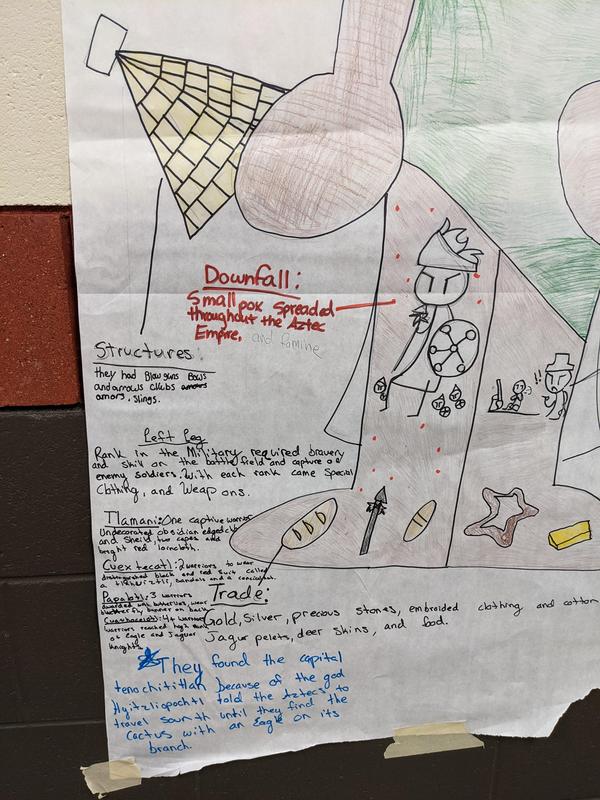 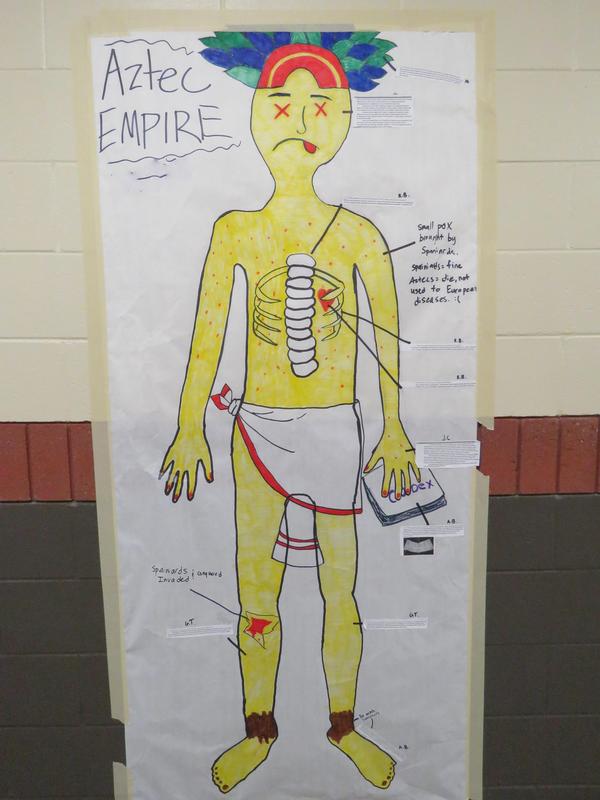 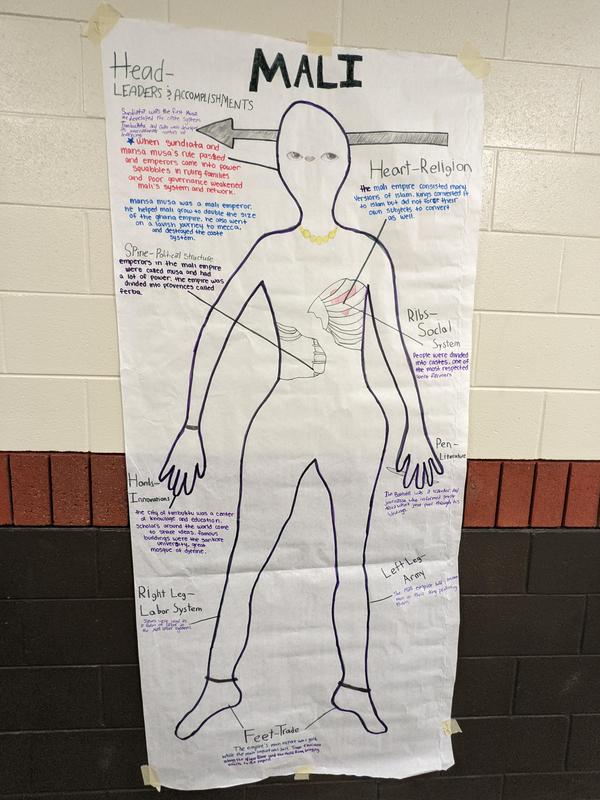 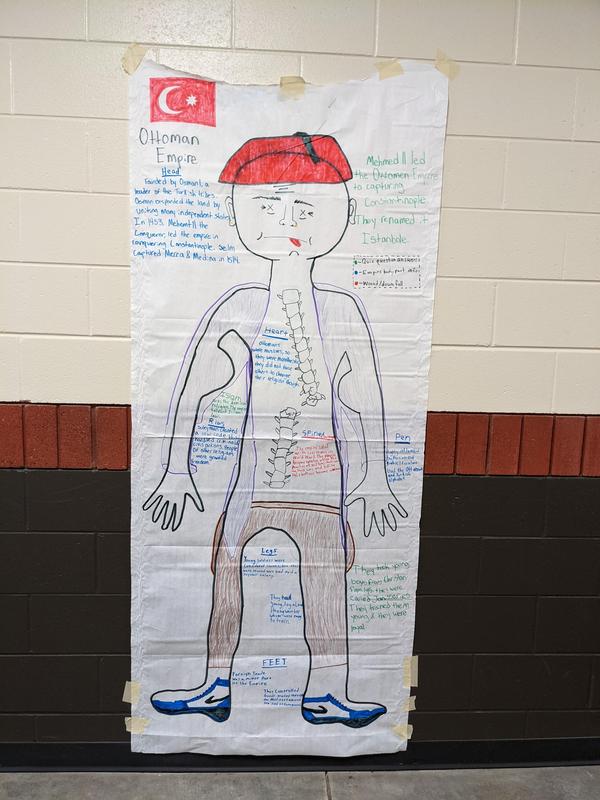 TKS world history students dug deep into research of ancient empires and created their own “Empire Autopsy” to better understand how these civilizations came to power and what caused their demise.

With a full-size outline of a body, students were tasked with reporting about the empire by labeling body parts with different facts. The head was the space to acknowledge leadership, the heart for religion and traditions, the spine for political structure, ribs for social structure, hands for innovation and work, legs for labor systems and military, and feet for trade.

Included in their body map, students also had to show the downfall of the empire by displaying a wound to certain areas. Small red spots covering the legs of the Aztecs depicted the spread of the smallpox disease. The Mali Empire fall was noted by a wound to the head since poor leadership and governance caused the demise. An Ottoman Empire project showed a broken spine to indicate how the empire became weaker with a change in the internal government structure.

Students said the project was an interesting way to visualize important facts about the empires and what happened to them. The full-size body reports were displayed in the social studies hallways to be shared with all students.