Rotary Student of the Month Honored 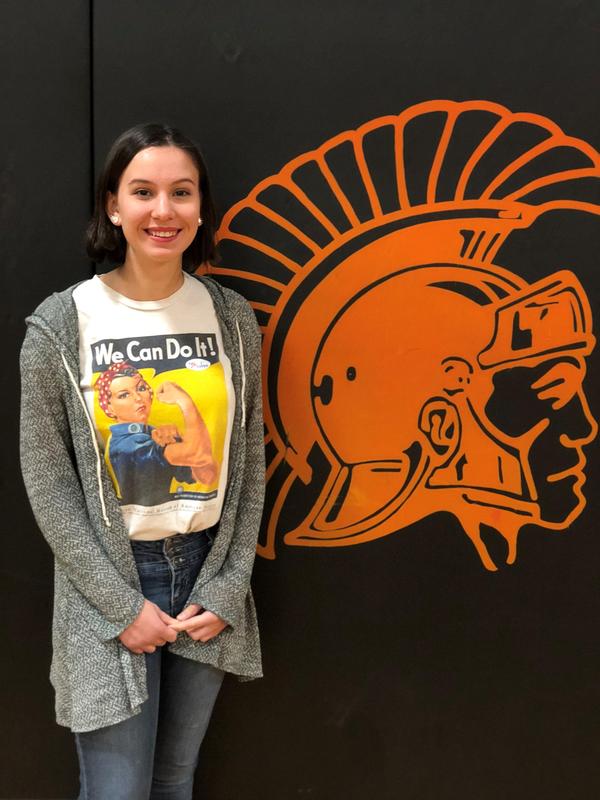 Jenna Walters is the October TKHS Rotary Student of the Month. She is the daughter of Robin and Jason Walters and active in many activities in high school.
Jenna participates in the TKHS theater program and is a stage manager for the high school musical plays. She was a member of the girl's junior varsity golf team for two years. She is also an assistant Sunday Preschool teacher at Gun Lake Community Church and also a Vacation Bible School teacher. She is co-president of the TKHS club Rise Against Discrimination and an organizer for the Youth Leadership Summit. She also serves as a member of the Youth Advisory Council where she serves on the grant committee.
She is a member of the National Honor Society and received the AP Scholar Award. During the summer of 2016, she attended a Cyber Security Camp at Eastern Michigan University. She has been named a student of the month at the high school three times and was nominated to participate in ArtFest 2016.
Jenna lists several hobbies including gardening, volunteer work, cooking, photography, studying Spanish, spending time with her dogs, and learning new things.
She plans to pursue a major in biology while studying pre-med in hopes of eventually becoming a pediatrician. She is currently undecided about where she will attend college next fall.
Print